News
You are here: Home1 / News2 / Uncategorized3 / Too Many Americans Can’t Pass This Financial Literacy Test 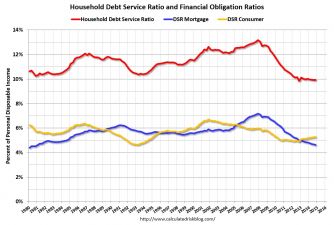 TLDR: Financial illiteracy poses a great threat to a workforce that increasingly barely knows how to save, let alone retire.

Americans have done a lot to shore up their personal finances in recent years. For example, the latest Household Debt Service and Financial Obligation report form the Federal Reserve was released this month and it showed that the percent of disposable personal income (DPI) dedicated to debt service (DSR) and financial obligations (FOR) for U.S. households neared an all-time low in the fourth quarter of 2014 (top chart). Similarly, new data from Freddie Mac show that the single-family serious mortgage delinquency rate fell to 1.81 percent in February (chart to the right), the lowest proportion since December 2008 of households that are more than 90 days past due or in foreclosure. Clearly Americans have gotten a lot better at paying down and managing their debt, but many households still struggle with other aspects of their personal finances. For example, the chart below from Deutsche Bank shows that nearly half of American households don’t save any of their money at all. Some of the problem may be due to a lack of financial literacy, as evidenced by how few Americans are likely to answer all three of the questions below correctly. The Wall Street Journal continues, “In a recent working paper, Ms. Mitchell and Ms. Lusardi review some of the sorry statistics on financial literacy that they and other researchers have come up with over the years—including breakdowns by education, gender, age and nationality. Among the findings: In a survey of Americans over the age of 50, only half could answer the first two of the above questions correctly. Only one-third got all three right. … Forty-four percent of Americans with a college degree answered all three questions correctly. The figure was 31% for people with some college and 64% for Americans with postgraduate education. … Even well-educated people are not necessarily savvy about money,” the professors write. … Fifteen-year-olds in the U.S. ranked in the middle of the pack in a more-extensive test of financial literacy given in 18 countries by the Paris-based Organisation for Economic Co-operation and Development. The top performance came from Chinese students, with 15-year-olds in countries including Australia, France and Poland also scoring higher than Americans…”

1. Suppose you had $100 in a savings account and the interest rate was 2% per year. After five years, how much do you think you would have in the account if you left the money to grow?

2. Imagine that the interest rate on your savings account was 1% per year and inflation was 2% per year. After one year, how much would you be able to buy with the money in this account?

3. Please tell me whether this statement is true or false: “Buying a single company’s stock usually provides a safer return than a stock mutual fund.”